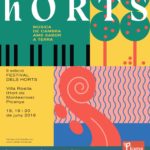 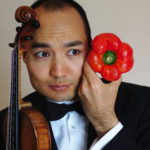 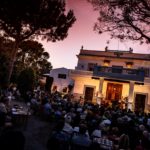 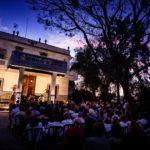 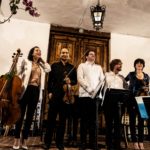 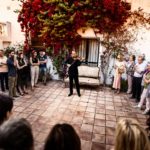 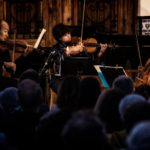 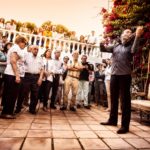 Last week I was participating in a Festival dels Horts near Valencia. It was idyllic place in the middle of orange trees.
Together with young spanish musicians we played a lot of chamber music: Dvorak quintet op. 77, Turina and Schumann piano quartets. We premiered a contemporary piece written for this festival by Javier Martinez Campos “Tan solo rio” for voice, strings and piano. It was Rosario la Tremendita who was singing in the last day of festival.
I was amazed by her flamenco temperament. Another thing I enjoyed a lot were “micro concerts”, which means short performances before main concert. Every musician would play for 5 minutes whatever he or she likes.
Many thanks to Antonio Galera, who organized this festival. It was a pleasure to work with Isabel Villanueva, Iris Azquinezer, Fran Mestre, Cristina Grifo, Manuel Gómez Ruiz y Rosario La Tremendita.